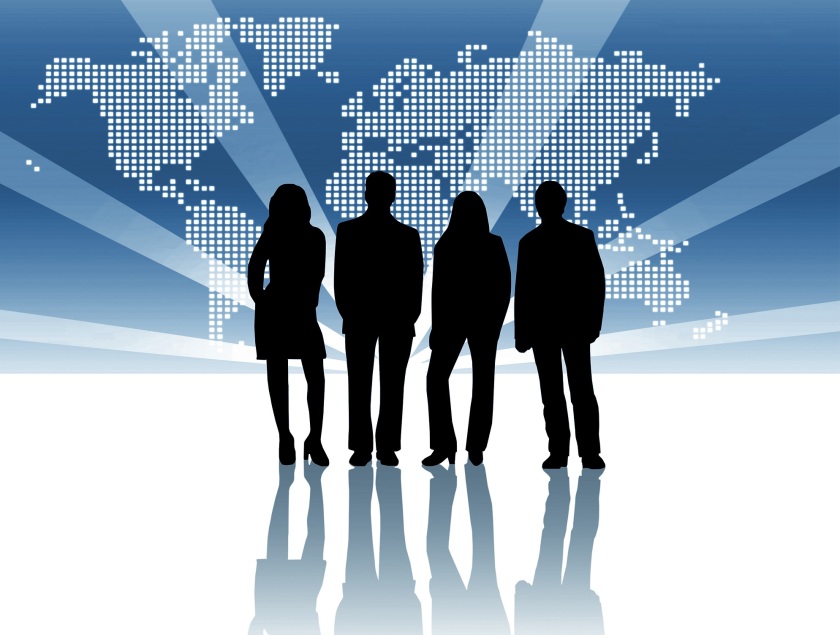 With the world growing ever smaller as communications advance, it is now increasingly common for even relatively small companies to operate across multiple sites in different countries. This not only allows them to gain access to different markets but also to avail themselves of a variety of available workforces for developing products. Thanks to the increasing use of video calls made over the Internet at very little cost, teams located in different countries can regularly ‘meet’ and share ideas, discuss progress and brainstorm solutions to problems. They can also develop working relationships in a way that voice-based calls do not allow to the same extent. Seeing someone’s face enables a much stronger relationship to be established and is particularly important when some of the participants are not speaking their native language. Add to this the rapid adoption of online project management tools for messaging and sharing documents, and many companies are successfully developing new products using multinational teams. This can be illustrated in two recent and very different projects undertaken by Tyndale.

The concept of ‘software as a service’ (SaaS), in which a software application hosted on a website can be accessed by subscribers, lends itself particularly well to development across multiple centres, as the results of changes can be viewed the instant that they are deployed by anyone with access rights and an Internet connection. We recently worked with a British-based company that has developed an online warehouse management tool specifically for e-commerce businesses. Although the product has existed for some time, the materials available to assist users were out-of-date, cumbersome to read and not readily searchable, which led to them being very underused. A new knowledge base was set up using Zendesk, and Tyndale was commissioned to review the existing documents, reorganise and reuse the information where possible, and create new content to bring the information in line with the current software functionality.

While the management team were based near Marylebone in London, the software was developed by a team in Lodz, Poland. Many of the employees in both countries worked from home on several days during the week and spoke to their colleagues as needed using Slack (for messages) or Zoom (for video calls). After an initial visit to the London office to be introduced to the key contacts, it was easy for us to slot into these working practices while working on the project. A demo user account for the warehouse management software was created so that we could ‘play with’ the product and learn about it. The existing user documents were made available via Google Drive, and the new content was created directly in Zendesk before being reviewed and published in the new knowledge base by the product manager. A Trello board was also used to manage the project so that everyone could see which articles were waiting to be written and which were being worked on or were ready for review and publishing. The project ran very smoothly and the first version of the knowledge base went live to customers in late 2019.

However, some projects do not lend themselves to this kind of remote working so easily, particularly those where a piece of hardware is being developed. Regardless of the sophistication of the available CAD models, there is simply no substitute for holding and operating the actual physical item when trying to describe a procedure to a user. An example of this was a new piece of explosion protection equipment that was being developed by one of Tyndale’s clients. While the technical director, who was our primary contact, was based in the UK, the company’s engineering team was headquartered in the eastern USA. Moreover, because the business was a subsidiary of an Austrian holding company, much of the development work on the product was carried out at their R&D site in Vienna.

Tyndale was commissioned to write not only the operating manual but also instructions for the assembly and refurbishment of the equipment, which would be used internally by the client’s manufacturing teams and service engineers. This entailed several visits to Vienna to witness the product being assembled and tested, with a chance to ask questions of the project team and take those all-important photographs. The writing work was then completed back in England, with questions and drafts exchanged via email with the teams in Austria and the US. The familiarity with the product that developed during these visits helped significantly when last minute changes were made following testing by the regulatory authorities.

It’s interesting to compare and contrast these two projects. The ability to work remotely on the explosion protection system was somewhat constrained by the physical nature of the product, of which there were very few examples available especially in the early days of the project. Whilst video conferencing could perhaps have been used more extensively than it was, merely seeing the product on a screen would not have been sufficient, especially when preparing the rather intricate assembly and servicing instructions. As anyone who has ever tried to work on a car will know, it’s often helpful if the manual tells you how to do something, not just what you have to do, and this can only be properly understood if the writer has tried it themselves. The visits to Vienna were, unsurprisingly, very pleasant, and there was a chance to socialise with the project team members after work which helped cement those working relationships that are so essential between humans.

What is perhaps more surprising is that the online warehouse software project worked so well even in the absence of such gatherings. Video calls made it possible for us to develop a good rapport with numerous people that we never met in person. At a time when the cost of travel, both financial and environmental, is at the forefront of business decisions, this is quite heartening. It seems that many companies, especially those with young workforces working in software development, have rapidly adjusted to a way of working that relies less on travelling and more on using an array of online tools to manage projects and resources. This has the additional advantage that people can work more flexibly as they don’t have to be in a particular location to do their job. Whether such flexibility can ever be accessible to more traditional engineering companies remains to be seen; the increase in rapid prototyping and further improvements in 3D modelling may help. However, even in these cases, the development of products across sites in multiple countries is still much easier now that it was even a few years ago due to the ease of communicating rapidly across the globe. There has truly been a quiet revolution in the way that the world works…